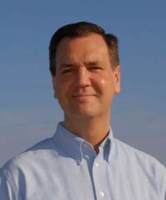 Rob was raised in suburban Fairfield Connecticut and became a follower of Jesus Christ at the age of eighteen. He went on to earn a Bachelors degree from Paier College of Art in Hamden, Connecticut, and proceeded to work for twenty years in Fairfield County in the field of advertising design. His early career experiences gave him the satisfaction of using his God-given talents to design and oversee various out-of-home design and marketing projects throughout the greater Fairfield County / New York areas.

After having left the corporate world in late 2000, Rob came to recognize God’s calling on his life to practice clinical Christian Counseling. In the days that lead up to the tragic events of 9-11, Rob found himself re-evaluating his life accomplishments in the light of eternity. He clearly heard God’s call to be an instrument in helping bring about healing in the lives of others. The events of September 11th further confirmed for him the existence of an ever-increasing deficit in spiritual, emotional, and psychological well-being among the many individuals with whom he later came into contact. His desire to seek an education that would equip him in clinical Christian counseling has led him to earn a Master’s degree in Counseling from Alliance Graduate School of Counseling in Nyack, New York.

After graduation, Rob came to work for Safe Harbor Christian Counseling in Bel Air, Maryland, where he provided treatment for the needs of individuals, couples and families of greater Baltimore. It was there that he gained experience treating diverse mental health issues such as ADHD, addictions, anxiety, co-dependency, and mood disorders.

Rob currently oversees Safe Harbor’s Connecticut region, which serves the greater Fairfield and New Haven County areas. He practices a relational form of clinical Christian Counseling that is often referred to as “client-centered” therapy. His integrative counseling style incorporates various psychological models with the truths founded within Scripture. Rob collaboratively works with his clients and tends to focus on each person’s unique abilities and strengths when dealing with complex life issues. He also believes that the work of the Holy Spirit in each Christian’s life is crucial for true and lasting change.

Rob is PREPARE/ENRICH certified for premarital and marital assessments. He is also a certified New Life Ministries therapist who has had the privilege of leading Christian counseling workshops in Delaware, Pennsylvania and Washington, D.C. Rob has been married since 1995 and currently lives with his wife and daughter in southern Connecticut.

Rob is licensed in Connecticut #1718 and is an approved out of state telehealth provider in the state of Florida (#TPMC1355).