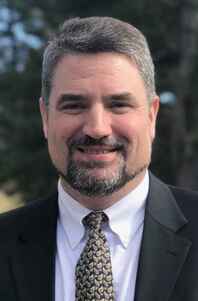 Jeff grew up in a Christian home in Glastonbury, Connecticut, but it was not until he entered college that his relationship with God became truly personal and central to his life. Upon graduating from Bates College in Lewiston, Maine with a Bachelor of Arts in Psychology, Jeff sensed that God was calling him to a life of service to others. Acutely aware of the suffering in the world, he dedicated himself to helping those in need and took a job rehabilitating boys who had committed sexual crimes. After doing this work for several years, Jeff noticed that the boys who were most successful upon leaving the program were the ones who had come to know God. The skills they learned were useful, but ultimately it was God that was the source of true healing and transformation. Driven to deepen his understanding of faith and its role in the process of growth and change, Jeff entered a dual-degree program at Boston College, graduating with a Master of Arts in Counseling Psychology and a Master of Arts in Pastoral Ministry.

After completing graduate school, Jeff worked in a community mental health center for many years, gaining valuable experience with children, adolescents and families. He provided individual, group and family counseling to clients of different ages, genders, and cultural backgrounds, and he encountered almost every imaginable issue. It was also during this time that Jeff discovered a passion for mentoring boys. He and a coworker created a public access television program that enabled young men to produce their own shows on topics like masculinity, fatherhood, anger, and gang violence. Jeff continues to be fascinated by the ways that boys learn about what it means to be a man.

Jeff has been professionally licensed since 2006. He employs a variety of counseling techniques in his practice, but favors the cognitive-behavioral approach as a framework for understanding how what we think and feel affects what we do. Former clients have described Jeff as having a positive, upbeat style.